Clients: Invite Your Team to PINATA

PINATA allows you to invite or add a team member at any time. Simply hit the gear box in the top right-hand corner and select "My Company" 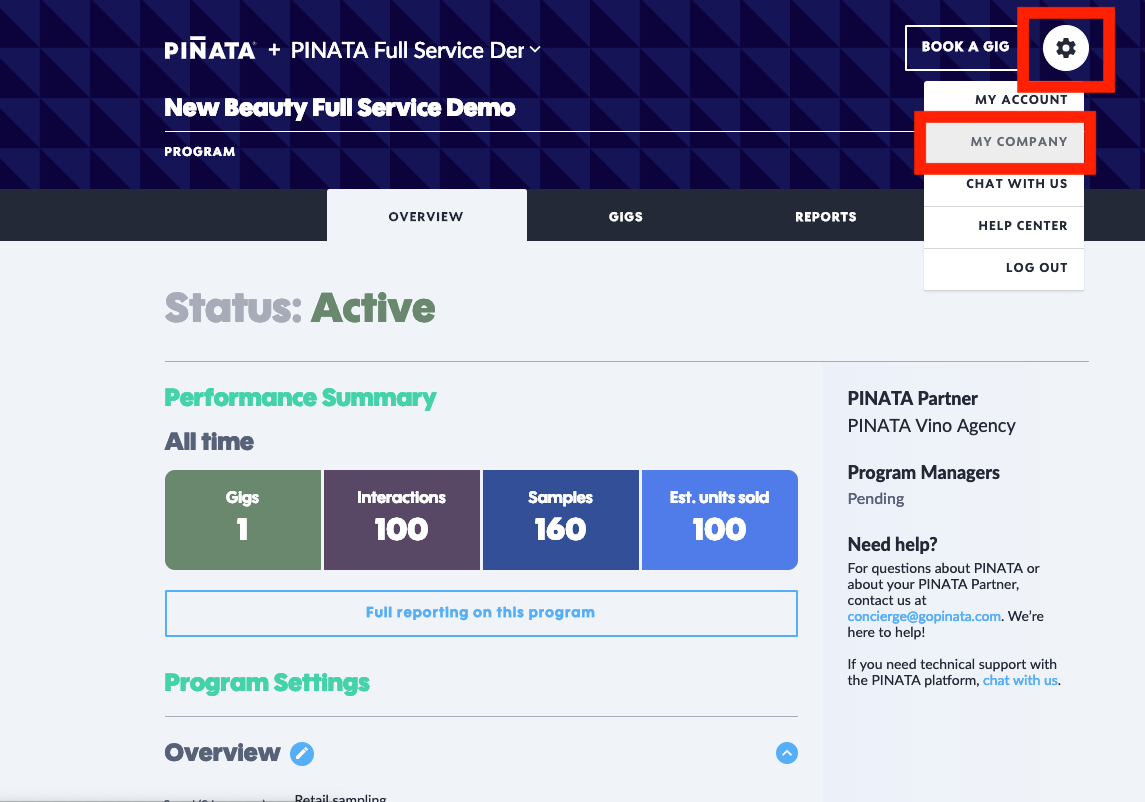 From the next screen, hit Invite Team Members: 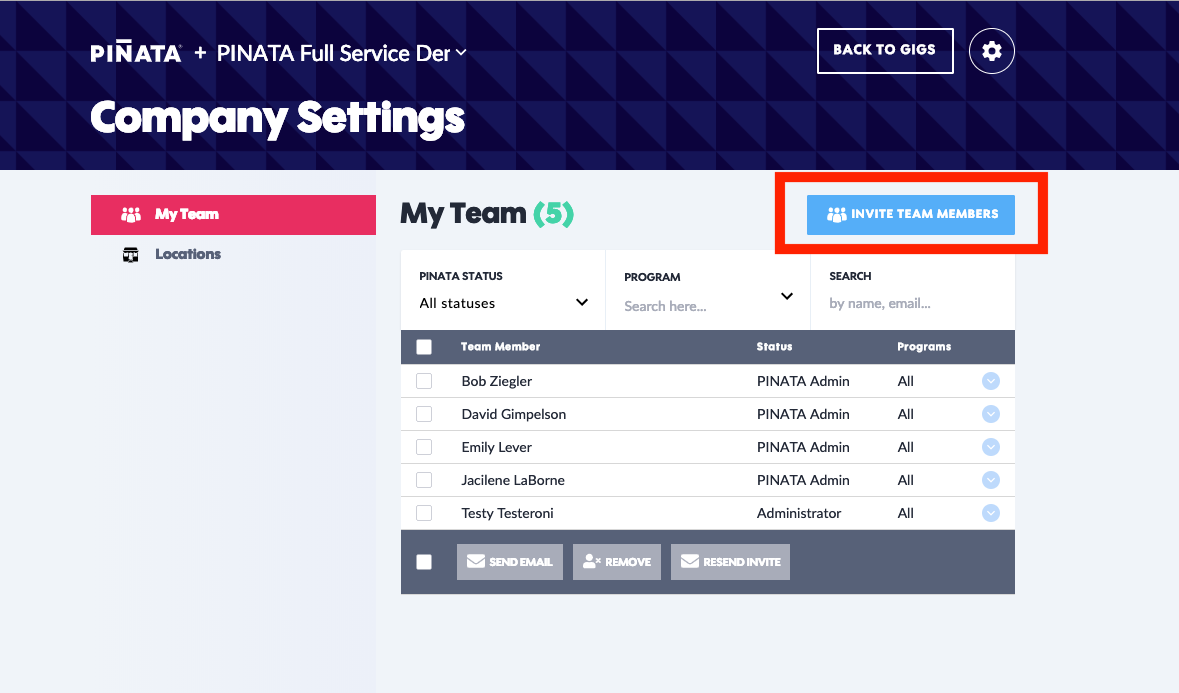 This will open a pop up where you can enter email addresses to add members to your team. After entering all emails, you will be prompted to select a permission level.

If they already had an active account when you invited them to join your roster, then you can start assigning right away!

Did this answer your question?